For the past eight to nine months, Chester College of New England seniors Ashley Hin and Dustin Potter have been thinking of ideas, concepts, and creating images for their huge gallery show right before they graduate this semester. Their hard work will be presented free to the public in Wadleigh Library Galley at an opening reception tonight at 7 p.m. Hin a graphic design major, has titled her show “Fresh & Blue: a study on renewable energy” while Potter, a photography major, has titled his show “In Reverentia.” Two other seniors, Gayle Lee and Tyler Moran, also are showing work this week.

Hin’s goal for her show was to educate her audience. To achieve this, Hin created small handouts and brochures in hopes that her viewers would be able to interact with her work. She also created large postcards showing renewable energy sources across New England.

Potter’s goal for “In Reverentia” was to give the audience the feeling of misplaced pride. “The series attempts to expose the misplaced pride of the human species in relation to their surroundings by inverting the scale of viewer and environment,” he said. “Each image takes common natural features of an environment (trees, rocks, grass, moss, etc) and transforms them into vast parts of a micro-landscape. The project acts as a marriage of art and science, promoting a wider understanding of the natural world through the photographic medium.”

Both of these artists were inspired by technology and science. According to Hin, her project idea came from her experiences three years ago at a local renewable energy company. The work of Carl Sagan and Richard Dawkins helped Potter with his conceptual groundwork, while photographers Michael McCarthy and Edward Burtynsky influenced his style.

The shows will continue thr 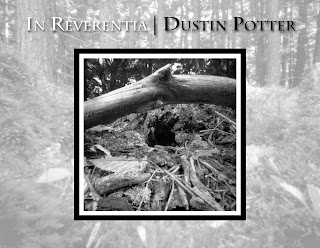 Posted by Chester College Annual at 7:30 AM