The first senior projects of the class of 2009 will be unveiled on Monday, March 30 in Wadleigh Library. The Wadleigh Exhibition will include works by photographers, Krystle Belanger, Sarah Izatt, Jessica Eastman and interdisciplinary major Jesse Cloutier. An opening reception for the exhibition will be held from 7-9 p.m. on Wednesday, April 1, with readings at 8 p.m. by writing majors Blake Lagasse and Stephanie Libby. 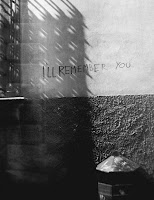 Krystle Belanger has crafted her final project titled “I’ll Remember You…”, as a mélange of manipulated black and white film in medium format acting as a visual journal with an accompanying audio of noises that surrounded her while taking the photographs. Her main goal is to transport the viewer into her experiences while studying abroad in Florence, Italy and to show what a whirlwind of travel and excitement she was wrapped up in for four months. 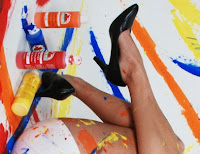 Sarah Izatt has fashioned larger than life digital prints to encapsulate the wide world of fashion photography with her own twist. Instead, of the usual stiff and cliché fashion photographs seen in every magazine she has decided to explore the different ways that fashion shoots can be done while still being exciting and vibrant for the viewer, the model, and the photographer.

Jessica Eastman has used digitally montaged photographs to create a non-linear personal narrative with the theme revolving around the universality of memories, with emphasis on the sad and chaotic and how they define and shape a person. 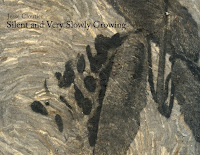 Jesse Cloutier decided upon a natural approach in the materials for his final project titled, “Silent and Very Slowly Growing”. He used sheets unfurled from abandoned wasp nests to print a series of images as well as embedding scenes in clear resin casts, which expand upon the personalities and relationships that grow out of natural found objects.

Blake Lagasse will read a short story from an untitled manuscript. "Linger" is the story of a young caretaker looking after a elderly widower and how his life is affected. The story explores the issues of work and treatment of the elderly in this modern age.

Stephanie Libby will read from a yet untitled novel she has written in stories with poems as segways between the pieces. The stories are told through the main character’s perspective of her past relationships with her following a path of self-discovery. The stories show how the men she has been with see her and the poems are in her voice, showing her point of view. In each story she tries on different characteristics of the different people she's met along the way, hoping that they will give her some idea of who she is as a person.


Don’t miss out! Visually and aurally it will be a feast for the soul. Make sure to get your serving and attend the exhibitions which run Monday through Sunday with the opening reception at 7 p.m. and the reading at 8 p.m. on Wednesday, April 1.
Posted by Chester College Annual at 8:55 PM