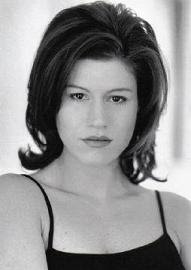 The husband and wife comedy duo Tom Cotter and Kerri Louise will serve as judges for "Last Comic Standing: Chester Style," at 9:30 p.m., Tuesday, November 4 in the Wadleigh Gallery.
After choosing the top two Chester College comedians, the duo will perform and audience members will have the chance to win one of a number of door prizes. The first 60 students to arrive will receive a student-designed t-shirt.

Kerri Louise made it all the way to the finals in the NBC show Last Comic Standing with Jay Mohr and from there was invited by The Women’s Entertainment network to star with Cotter in a new reality show call TWO FUNNY. She also gives common sense, funny, mommy advice as the “Mean Mommy” on shows like The Radio Rita’s, Montel Show, Fine Living Channel, and the web. She also has appeared on CBS’s Comics Unleashed, NBC’s Access Hollywood, The Apprentice, ABC’s The View, Comedy Central, VH1, 20/20, and NewJokeCity. Her movie debut in The Next Karate Kid addicted her to show-biz, hence her move from her hometown of Boston to New York City, where she quickly established herself as a player in the top comedy clubs. She also has appeared in the HBO Aspen ComedyFestivaland the Montreal Comedy Festival.

Tom Cotter is known for his high energy, rapid-fire style of comedy. In the past year he filmed a half hour special for Comedy Central, won the grand prize at the Boston Comedy Festival and was voted "Best Stand-Up" at the Las Vegas Comedy Festival. In addition to his role in TWO FUNNY, he has appeared on HGTV and the Montel Show. His other recent television gigs include Comedy Central’s Premium Blend, Robert Klein’s NewJokeCity, and The Late Late Show on CBS. Tom has performed all over the planet, from Beijing, China to Nome, Alaska to the Kennedy Center in Washington, DC. On the international scene, he has performed on British Television and won the Seattle International Stand-Up Comedy Competition. Additionally, Cotter has been featured in dozens of television commercials, for companies including McDonald’s, Chrysler, Pepsi and Amstel Lite.